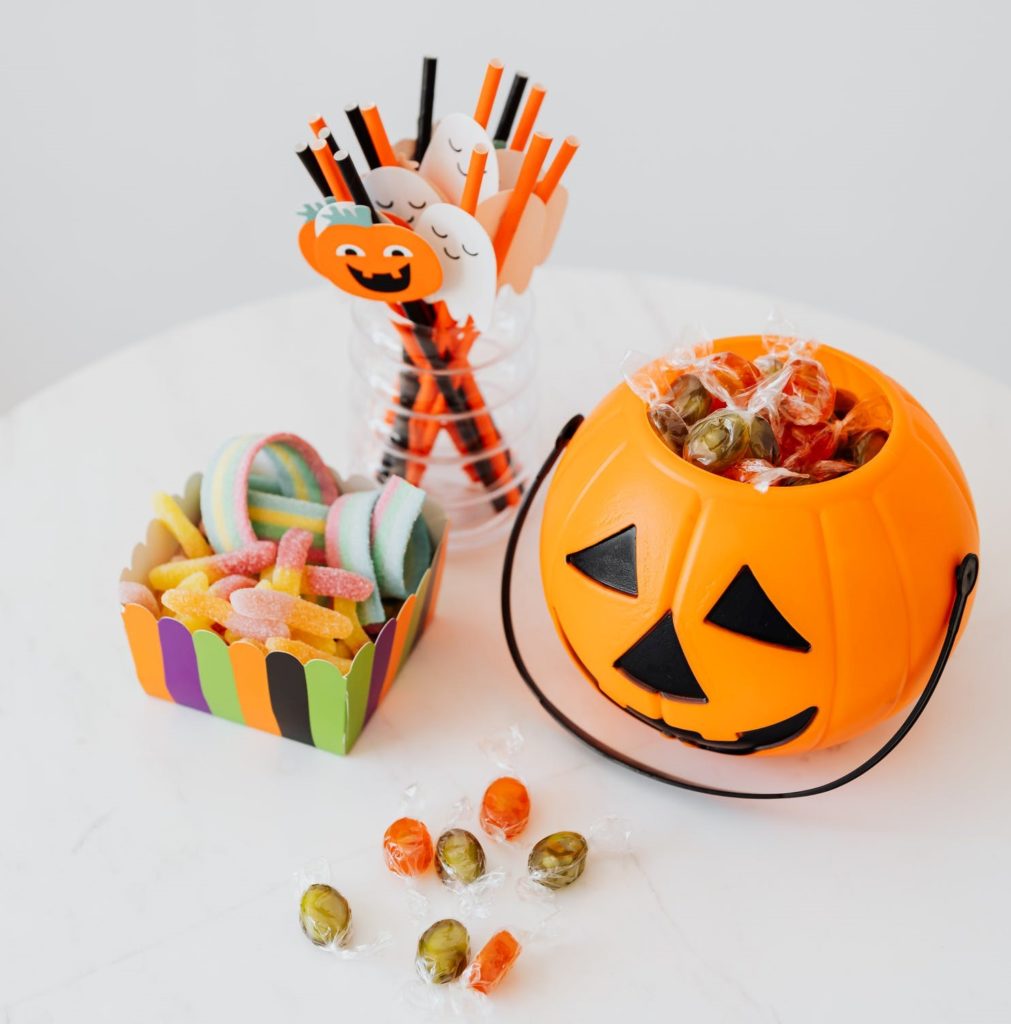 All Hallows’ Eve, more commonly known as Halloween, is a yearly event celebrated on October 31, and one that is anticipated by the young and young at heart all over the world. Some scholars claim that Halloween originated from Celtic festivals that honored the dead or that celebrated the harvest, while others doubt that there’s any connection at all to Samhain (a Gaelic harvest festival.) Regardless of its origin, our team at the Orthodontist office of Dr. Joshika B. Kanabar hopes that Halloween is fun and enjoyed by all of our awesome patients!

In North America, Halloween is predominantly celebrated by children who dress up in costumes, which range from scary to cute, who then go around the neighborhood knocking on doors asking “trick or treat”, and they are given candy in return. Trick-or-treating is a time honored tradition, and though many parents groan at the pounds and pounds of candy collected by youngsters and fear for the health of their teeth, there are a few things you can do to help their teeth stay in great shape until the candy is gone:

Halloween isn’t just about gorging on candy; there are other events associated with this festive day including carving jack-o’-lanterns, painting pumpkins, decorating sugar cookies, bobbing for apples, going to haunted houses, or just curling up on the couch with a bowl full of popcorn and watching some classic, scary movies.

Halloween Around the World

Some countries, like Australia, frown upon Halloween, claiming it is an American event and not based in Australian culture, while others like Italy have embraced the fun and celebrate much as Canadians and Americans do. Mexicans have been celebrating this fun day since around 1960, and it marks the beginning of the Day of the Dead festival. Some countries in Europe have come late to the party, but since the 1990s, countries like Sweden, Norway, and Germany have started celebrating Halloween as well, and finding children in costumes or having ghosts hanging in windows has become commonplace.

Halloween is about fun; stepping outside our normal lives and donning a costume or gathering with friends to knock on doors and ask for candy is as much a part of our culture as hot dogs and barbecue on Labor Day. Have a safe and happy Halloween from the team at Walnut Central Orthodontics!